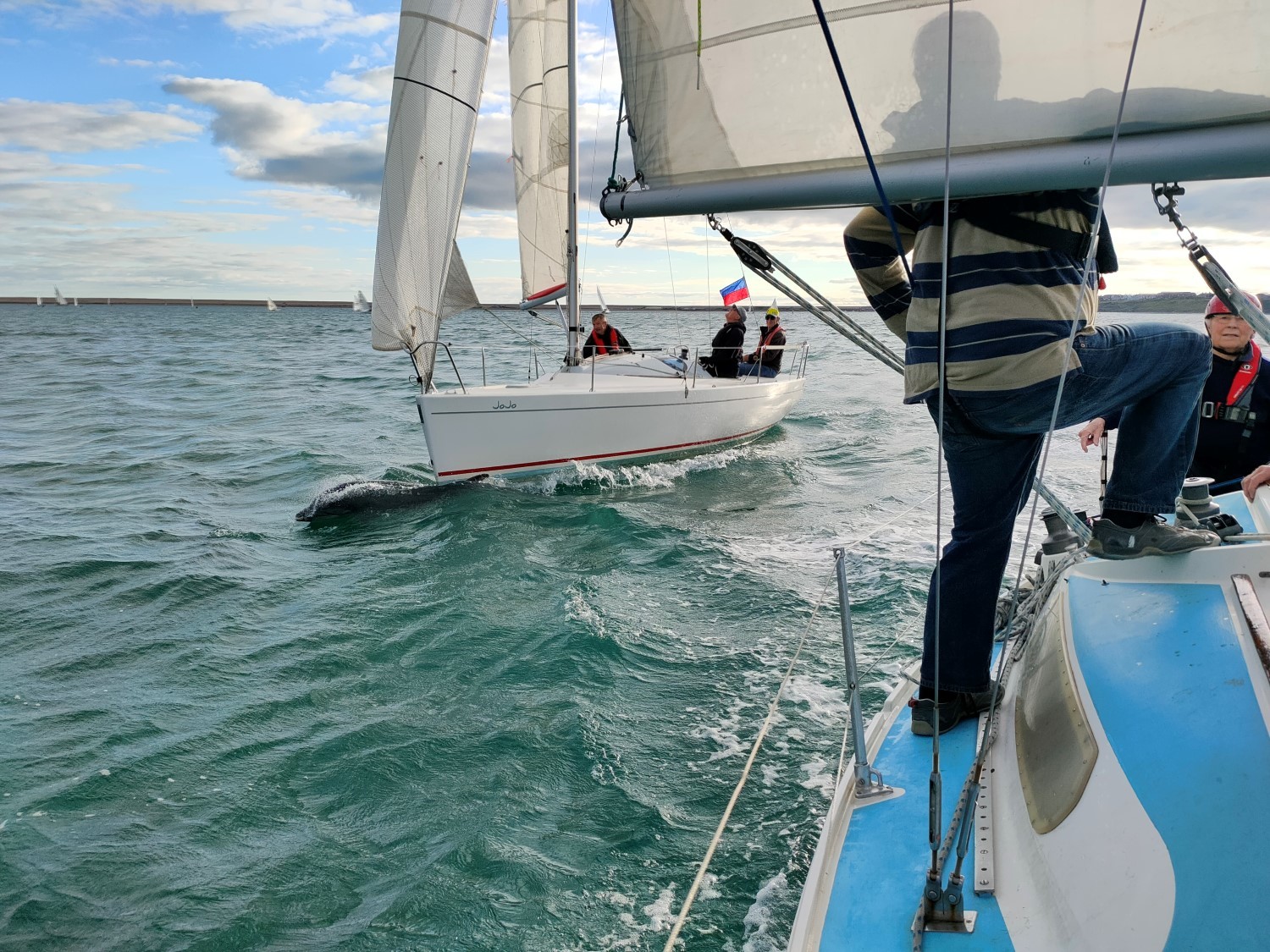 Monday evening racing on the 4th of July had the added excitement of a pair of dolphins joining the keel boat race. JoJo (pictured) and Harriet observed the pair bow riding, diving and breaching around them for the whole race. Both skippers and crew found the experience added a whole new dimension to racing, though this does raise some concerns for the welfare of dolphins themselves. JoJo's crew could feel the dolphins pushing themselves against the hull and keel as they sailed. Harriet's speed log had not been working for several weeks prior to the race, curiously it started working during this race, possibly knocked and cleared of weed by the dolphins themselves.

Portland's long term resident dolphin Danny spent much of his time playing with boats, it was probably this curiosity and playfulness which ultimately led to his death in 2020 having been struck by a large vessel in the harbour.

It's worth noting that to ensure the safety and appropriate protection of these animals the Governments Marine Management Organisation recommends that boat and vessel owners follow the Wildlife Safe (WiSe) scheme which advises: