A small group of Castle Cove cruisers dug deep into their chart tables to find their Q-flags then set off for their first post-lockdown channel crossing. Arabis, Boni, Phoenix and Shogun left Portland Harbour for Alderney at around 0630 Friday 20 August.

The group motor-sailed in close formation and arrived at Braye Harbour late afternoon, where they moored in a designated quarantine area pending registration and receipt of Covid-19 tests early the following morning. 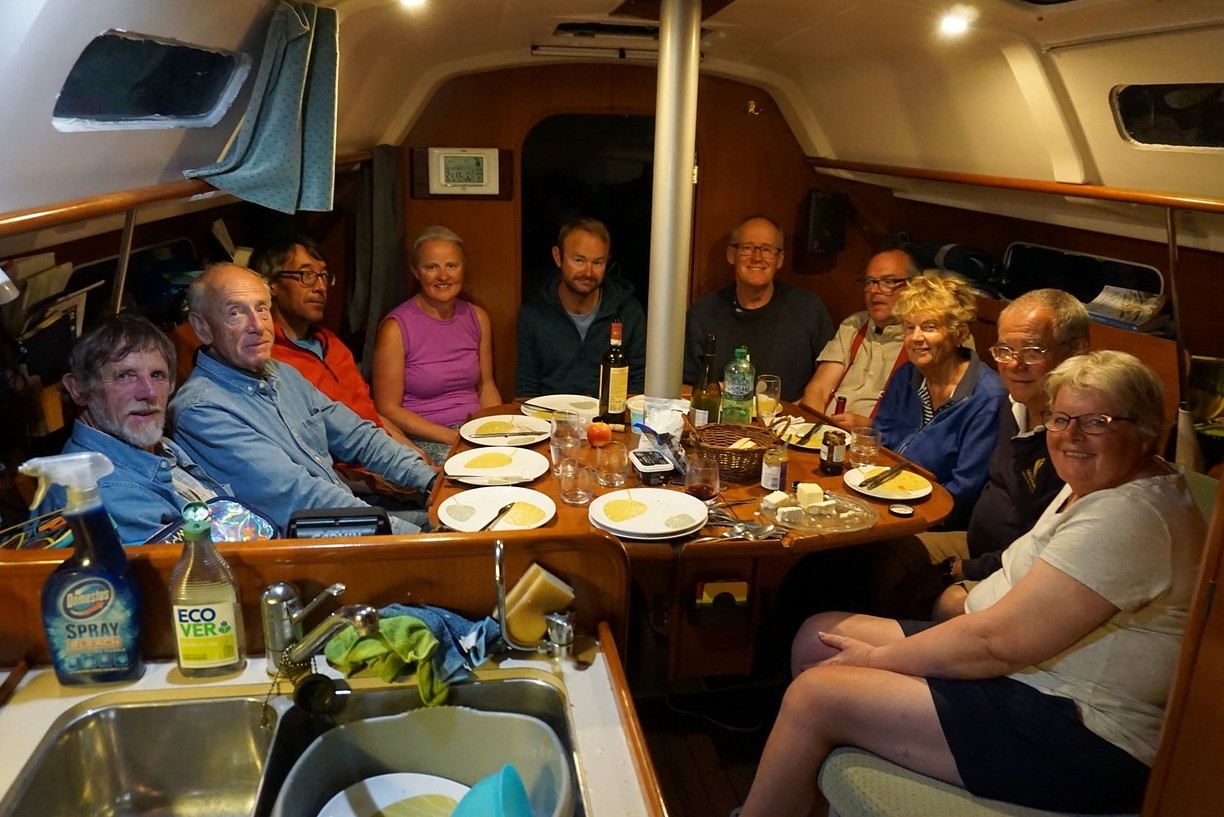 Although unable to land until cleared the crews were permitted to mix afloat, so Bob Footer (Boni) fired up his stealth-outboard (an impressively powerful and quiet battery powered Torqeedo it's the future, don't try to resist) and ferried us all to Boni where we were fed, watered and entertained until it was time to board the dinghy for the short passage back to our own boats. All were very impressed by Nicky's sublime courgette and lime cake (Nigella, who else?) and home made chutney, but managed to leave enough to treat ourselves when we reconvened aboard on Sunday evening.

All were up bright and early the next morning to await the arrival of the Harbour Master's ferry to take us ashore to undergo clearance. The ferry arrived a little later than expected driven by a sheepish helm who explained "someone" had mislaid the key but provided no incriminating details. Clearance by the friendly harbourside team was quick and painless thanks to the prior planning and preparation by all crew (nudged by Monica and Bob throughout the preceding days), then we were cleared to move the boats from the quarantine area just as Jenny Wren arrived from St Peter's Port. When safely tied to mooring buoys close to the harbour wall the crews set off to savour the indisputable delights of Braye and/or a hot shower according to thirst/hygiene standards. 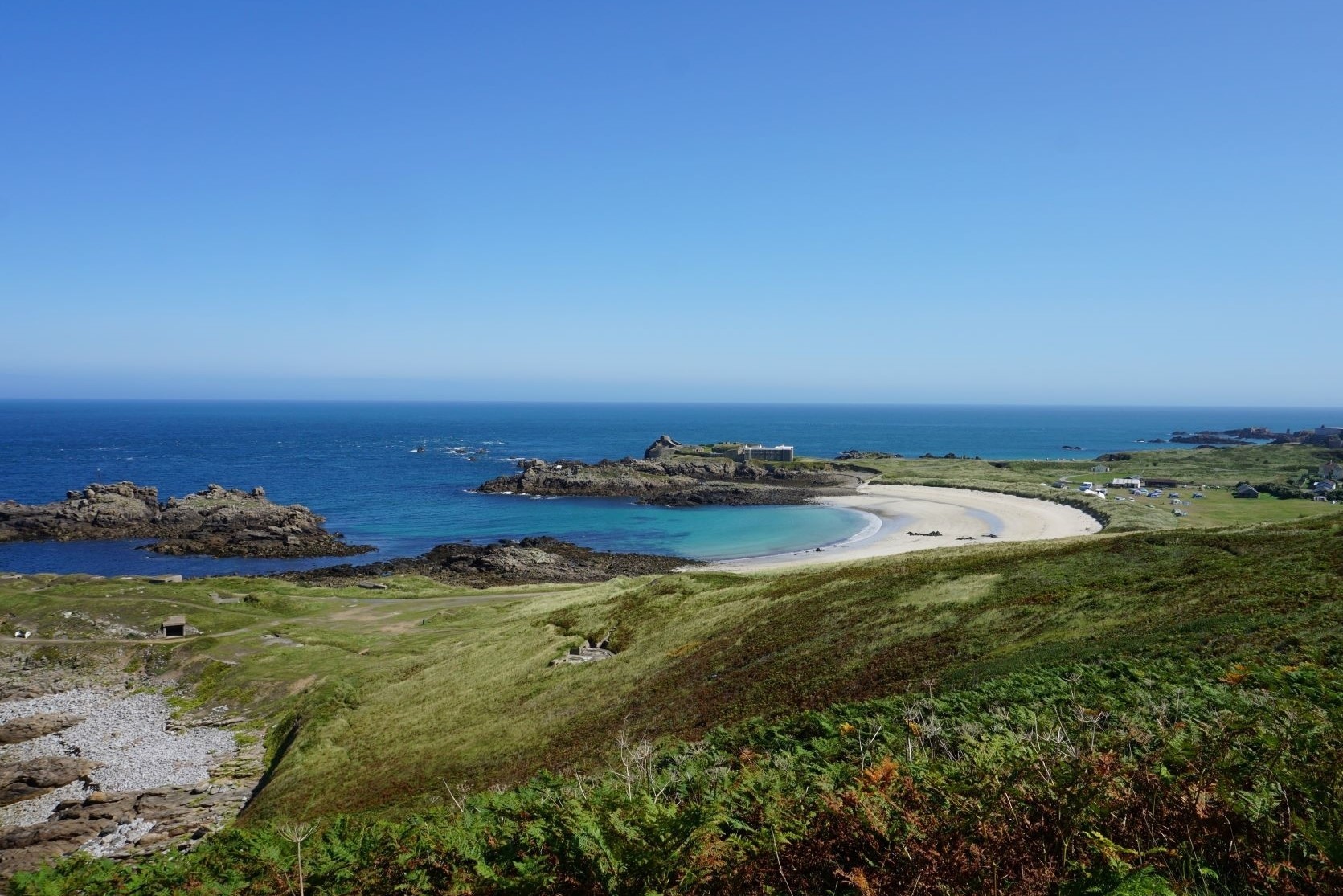 Warm sunshine encouraged most to take a walk around at least part of the island's shore and explore its beautiful beaches and the many well-preserved German wartime defences. A visit to the harbourside Divers Inn, established in 1847 some 60 years after John Wesley visited and clearly failed to establish Temperance on the island, was inevitable, where the author was reassured to find the pub was index-linked and the ten-pence piece that had been glued to the floor when he first visited in 1980 (aboard the Ocean Youth Club ketch Sir Thomas Sopwith) had been replaced by an inflation-busting £2 coin. Later that evening we ate at a busy harbourside restaurant where we enjoyed a delicious meal served with impressive speed and billed with chaos and confusion. 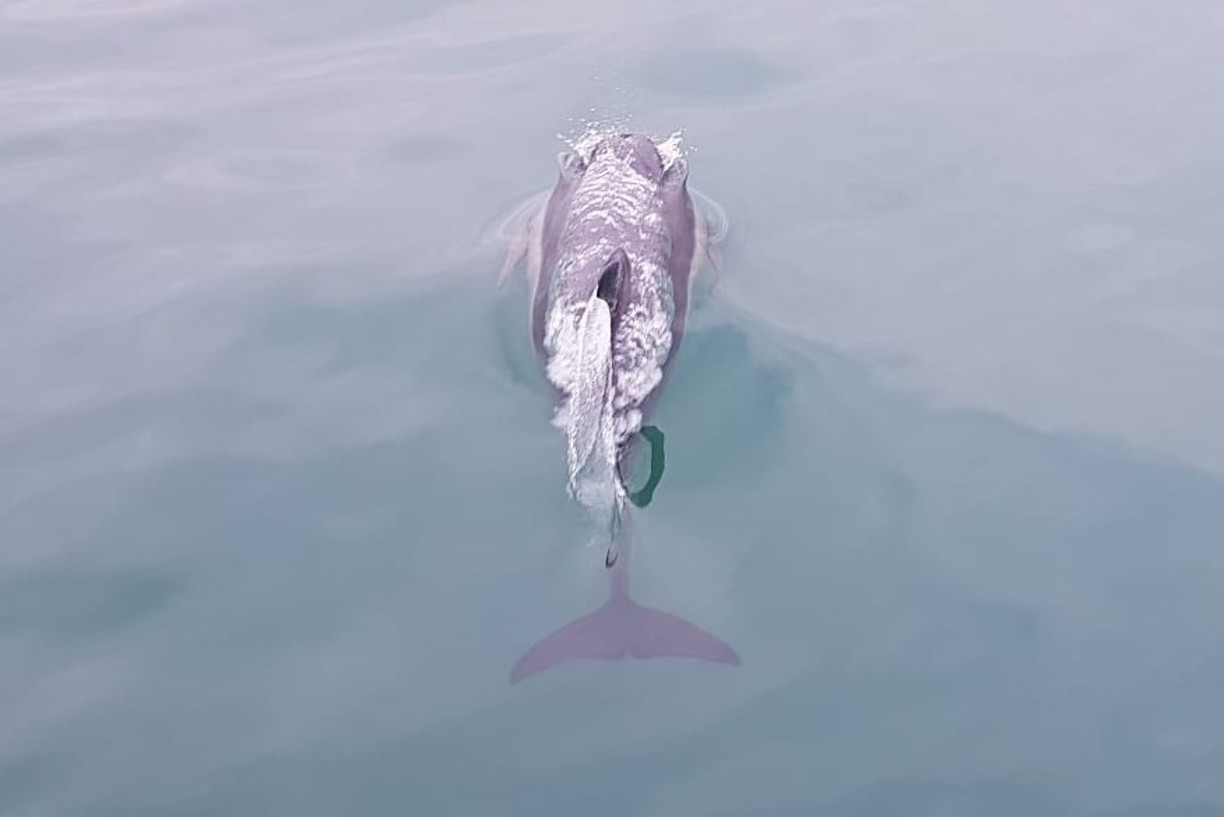 Sunday saw fine warm weather again so most of the group set out to explore more of the island, meeting for late lunch outside at a Braye hotel. Nick Berry and his crew, Martin, who were welcome new additions to the cruising group, made the most of the fresh breeze to enjoy few hours of great sailing. Nightfall saw more Torqeedo-powered manoeuvres executed with stealth worthy of the SBS, and all eleven met again in Boni's saloon for chilli, cheese, cake and chat. Braye Harbour's famous swell made us aware of its presence, but there were no significant spillages or breakages and the only casualty was group newcomer Gareth Jones, who swiftly left the cabin to return to topsides for a few minutes and commune with nature.

We left in silence at dawn the next morning, resisting the temptation to gun the engines and wake Monica and Steve who returned to Guernsey later. True to form the wind direction had changed leaving the boats to first enjoy a brisk sail and then motor home to Portland. Weymouth Bay was glassy calm, the water broken only by the largest school of dolphins ever seen by most of the group.

The trip was a welcome ad hoc addition to the formal cruising programme, placing Alderney firmly on the map for future expeditions.