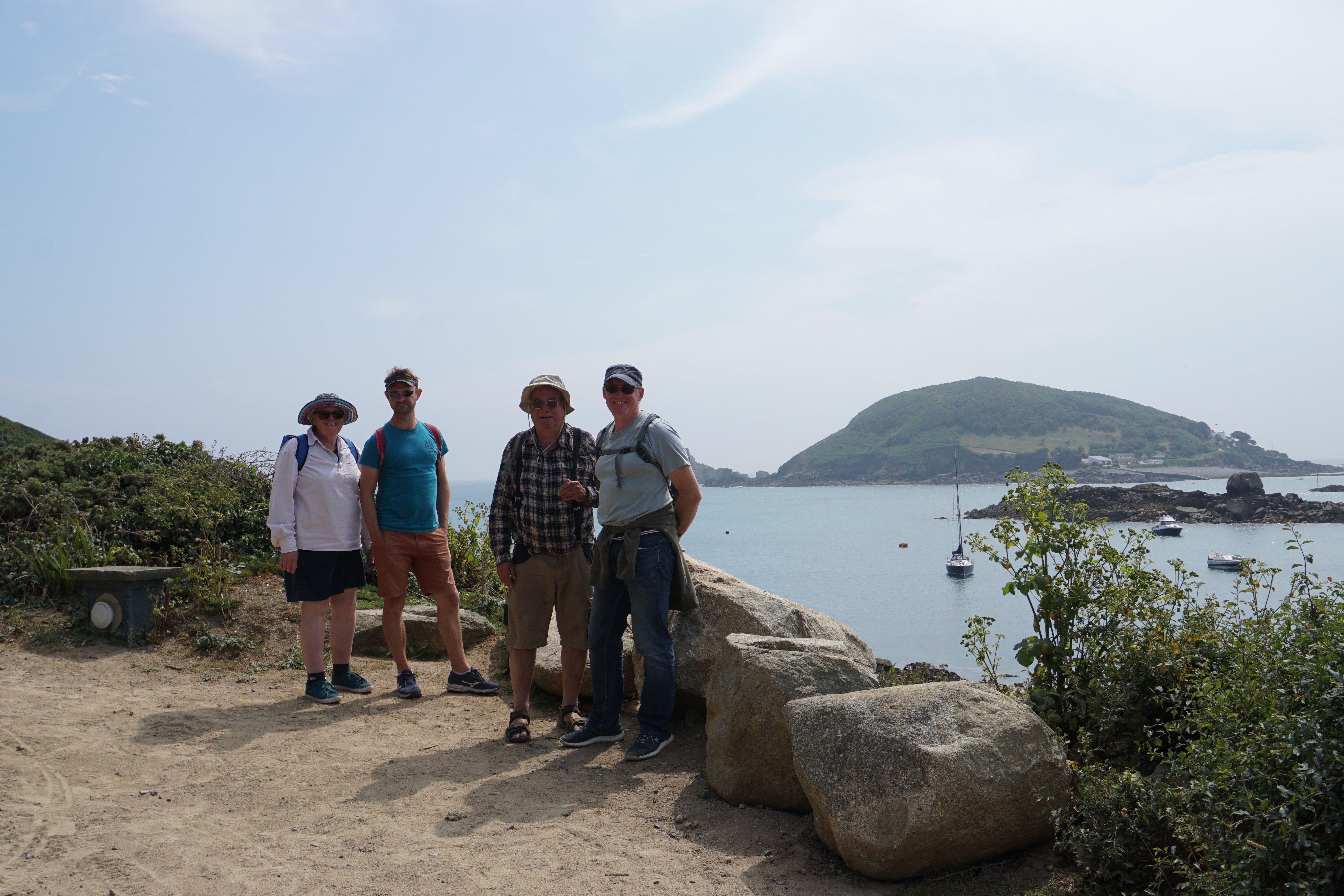 What a fabulous few days sailing to the Channel Isles using just 1 litre of fuel over the 5 days! Originally destined for St Vaast, then changed to Alderney and finally it became three nights in St Peter Port with an overnight stop in Alderney on the way home. Strong winds and rain in the form of a thunderstorm from the NE on Saturday confirmed the decision to divert to St Peter Port which turned out to be the right one. (Apparently the Braye harbour master had to assist the ferry in removing crew from boats in the harbour that Saturday evening, just shows the value in being flexible when sailing).

Originally 5 boats had booked but only Boni left CCSC on 2 nd at 6am including the skipper from Arabis as his crew couldn't come. We enjoyed a cracking sail, through the Shipping Lanes and before we knew it, we were at our first waypoint off the Casquets. Identifying all the buoys and marks through the Little Russell and approaches to St Peter Port kept us on our toes (La Roustel a climbing frame affair looked like it had taken a knock!) but the channel is well marked and we arrived at a good state of the tide to go straight into Albert marina; which was about half full but over the weekend it filled up mainly with French boats, perhaps to enjoy the many raucous night clubs and arty quay-side market.We joined Jenny Wren in St. Peter Port at 6pm to make five in the group and in time to eat together: although not designed, we literally had everything on the menu tapas style! 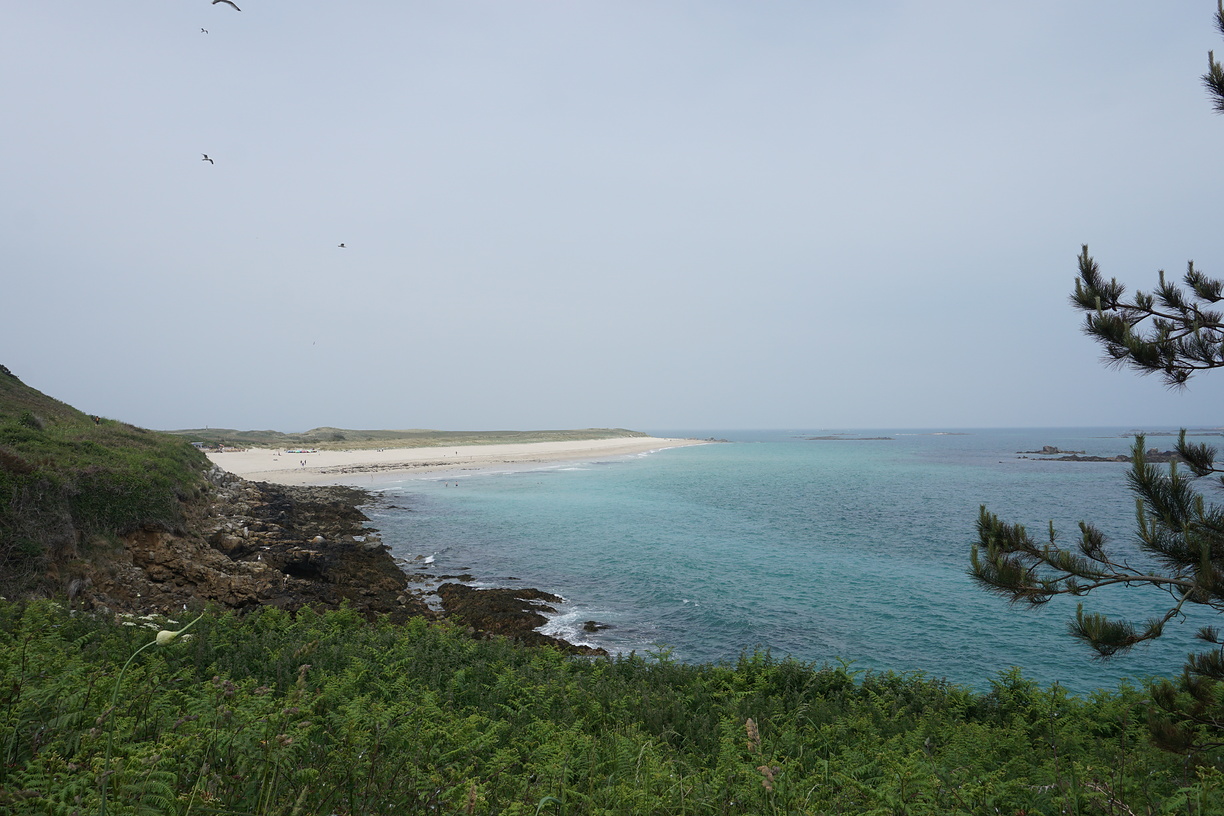 The new mast ladder on BONI didn't fit so Steve kindly spent an hour aloft installing Boni's new wind speed instrument which worked perfectly. After a brisk walk dodging rain squalls on the coast path, we went on to enjoy a splendid meal at an excellent French bistro. On Saturday we took the ferry to Herm and took a delightful albeit breezy, sunny walk around this beautiful unspoilt island, returning to St Peter Port for a shared meal on board everyone making contribution Quesadillas to start, Paella for a main course and chocolate and raspberry cake to finish! On Sunday leaving Jenny Wren to progress south towards France and a place called bureaucracy(!), Boni set off for Alderney enjoying a gentle sail with light winds from the SW making through The Swinge to Braye just as the tide turned. Strangely apart from one quay-side party the town was empty, so we ate pretty much alone. 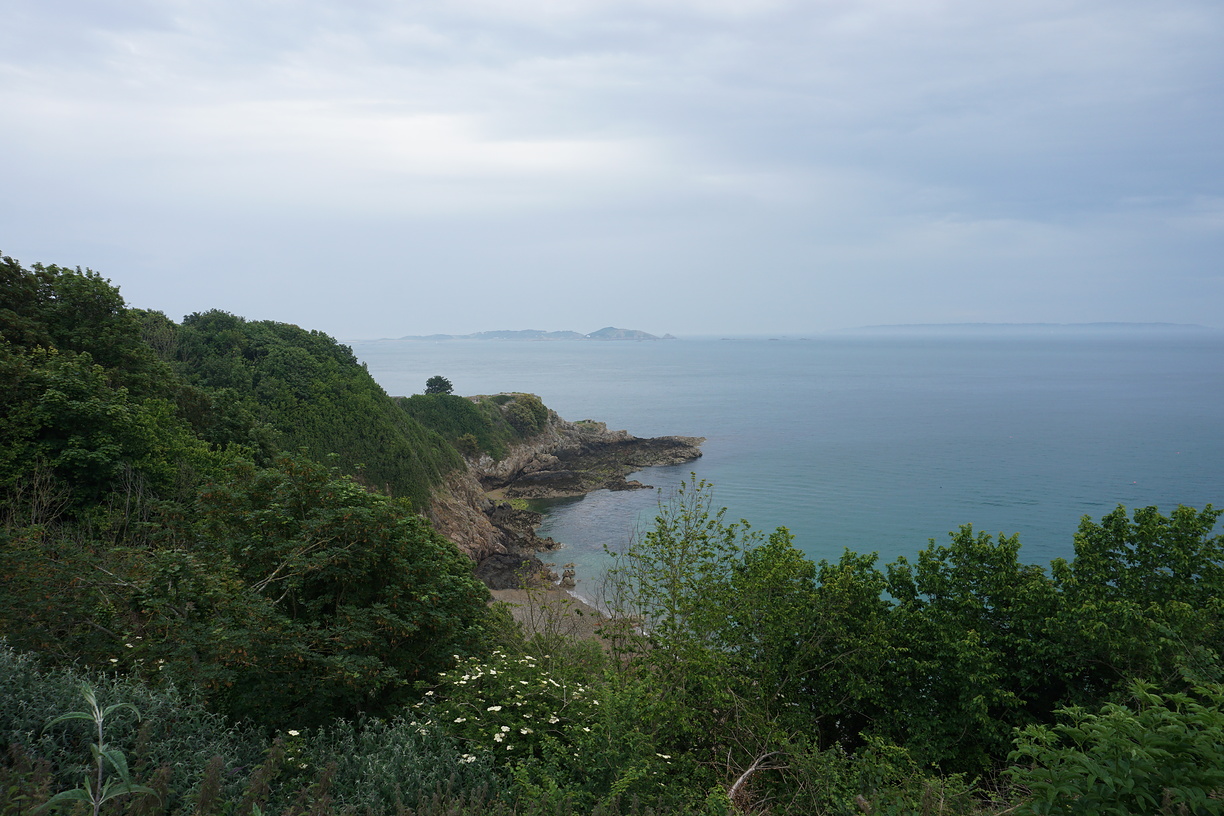 The forecast for Monday was for similar lighter winds - westerly going SW 3-5 and we enjoyed a steady F3 most of the day sailing alone at a steady 5 knots increasing to 6 as we neared home port. Bizarrely, mid-channel, we were visited by a Robin who very nearly flew into the cabin. He was shooed away by Bob and disappeared over the starboard quarter. Suddenly a kestrel appeared, flew between the sail slot and back over the starboard quarter only to seize the hapless robin and fly away, busily chomping away at the little bird who just 2 seconds earlier nearly gained the sanctuary of the cabin. All this at 25 miles from land in any direction! Had this been an epic chase?

Arriving back on the mooring after a 12-hour sail, we reflected on a very satisfying and enjoyable sail we had had, as we and our mountain of gear were returned to the pontoon by the most welcome Monday evening ferry.