The first trip for the cruising contingent was to Yarmouth on the Isle of Wight over the late May Bank Holiday weekend; a favourite destination.

An early start for the boats leaving on Friday from CCSC. At 05.30, six yachts slipped their moorings in the chilly, relatively windless air of the morning, heading eastwards into a headwind of 6 knts. Listening out on Channel 16, and changing to Ch 72 to stay in touch with each other, proved useful when approaching the Needles and Hurst, where the tide whisked us through, giving us an extra 4 knts or so. 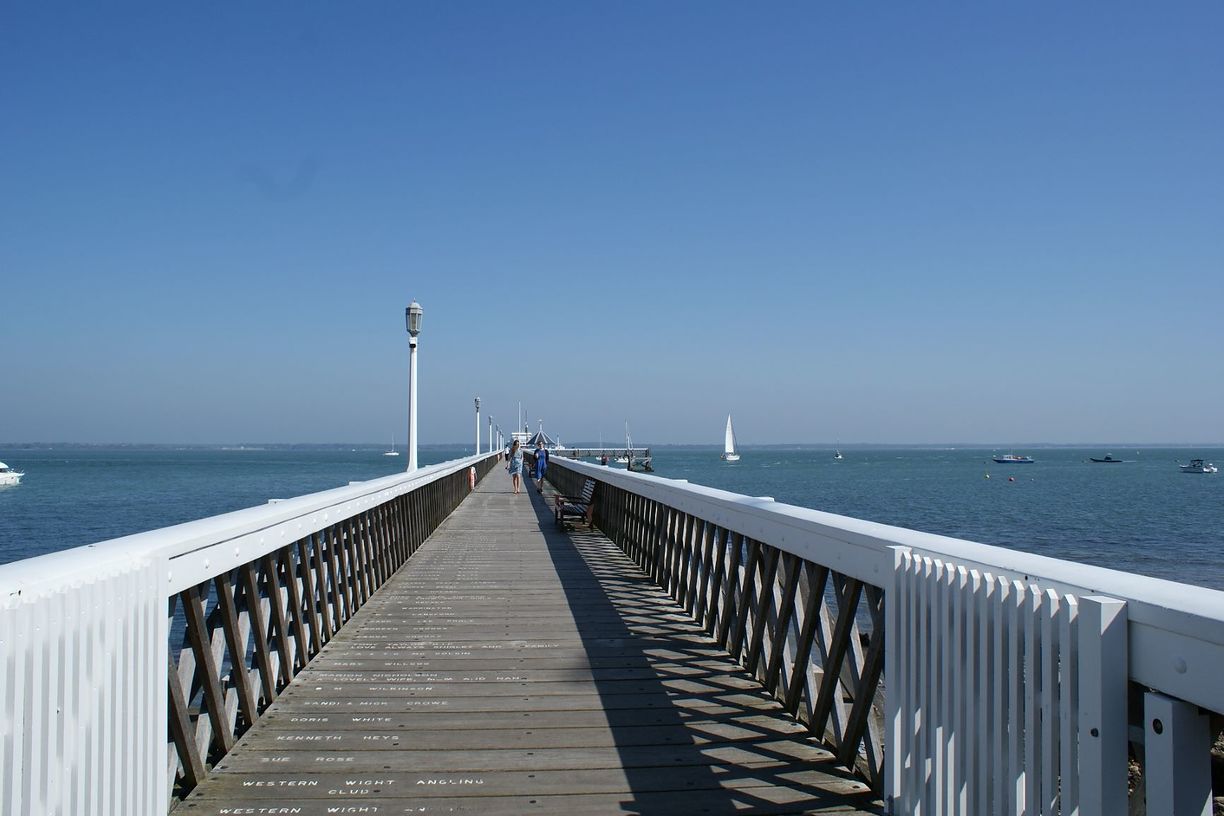 We arrived in Yarmouth at about 11.30; to be greeted by a very full marina! The Berthing Masters working hard to accommodate those who were leaving, as well as those of us arriving. So it was no surprise to be asked to go back out of the harbour to wait for 2 or 3 yachts to depart. Once into the harbour, it was apparent that the tide was flowing swiftly inwards, but we were in good hands as the the Berthing Masters helped us and we were warmly greeted by other members who assisted us to moor quickly, springs and shorelines soon in place.

The afternoon was given over to rest and relaxation, with the opportunity to use the very beautifully renovated shower block (what was not to like!) and to go into Yarmouth for some exploration. Interesting fact: Yarmouth's Pier is the longest wooden pier in the UK (dating back from Victorian times) and has to be frequently renovated; this was last done in 2008. A nominal 50p charge is made should you wish to walk on the pier - as the next lot of piles will cost in the region of £800,000. Built in 1876, the pier used to moor the ferry to Lymington or to Cowes; it was quicker to go to Cowes on this ferry than it was to travel by Carriage! 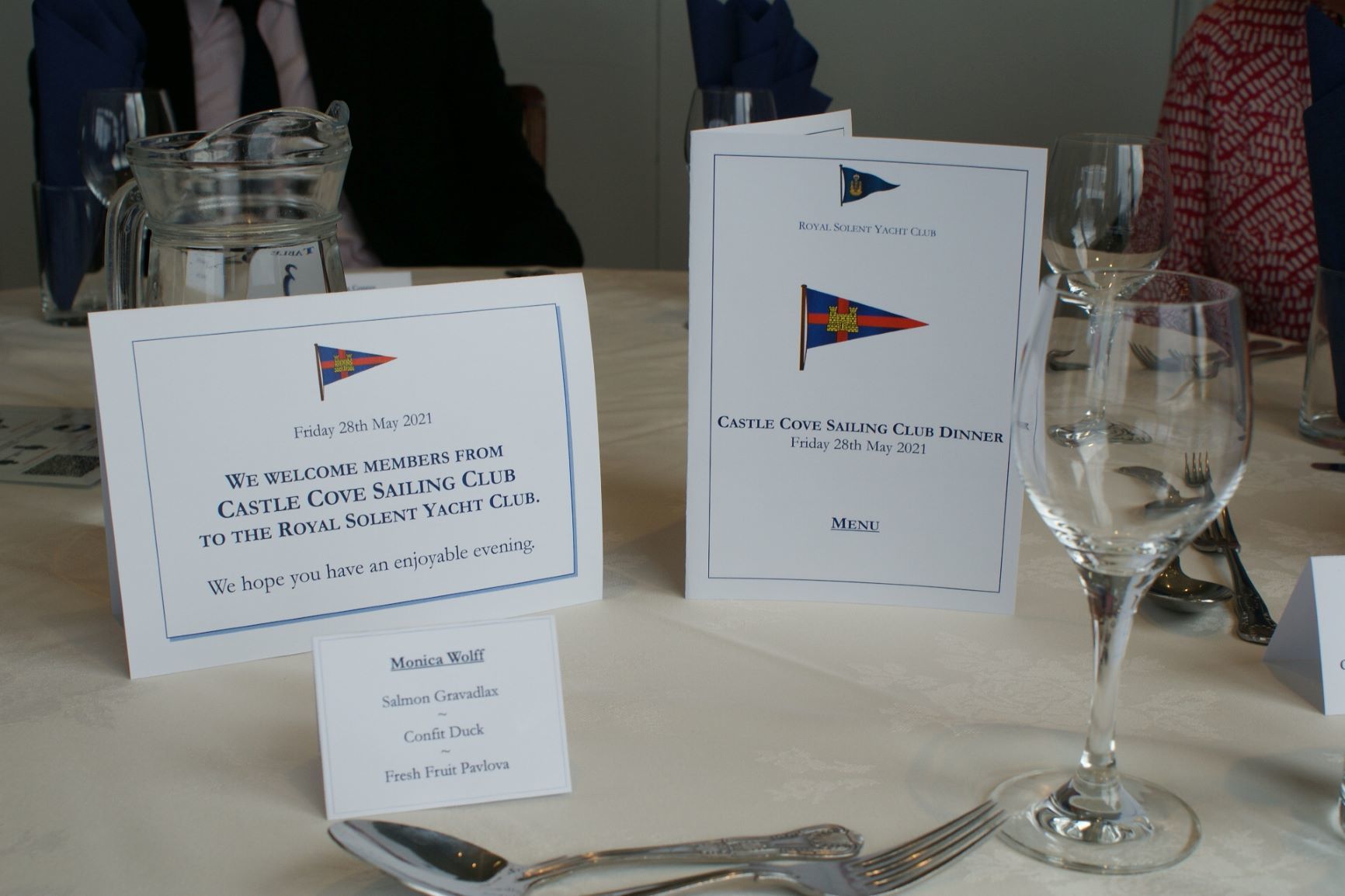 The Royal Solent Yacht Club hosted us for our 3-course evening meal and we were very warmly welcomed by their lady-Commodore, Anne Kyle. We were seated in groups of six with a great view of the Solent looking out towards Lymington. And if you had forgotten what you had ordered for dinner, there was no need to worry as the RSYC had made place name cards, with the CCSC burgee and on the back the menu that you'd ordered!

Saturday and Sunday we stayed in port with the opportunity to explore the island or do jobs onboard. But first, Ann Varlow took those of us who wanted to join in, through our Yoga paces on the pontoon which was very enjoyable and enlightening, especially to those of us who had never tried it before! Arabis (Rob Murley's boat) were going up the mast, then it transpired that Gadston Lass and Boni also needed visits up the mast.. so a mast-fest ensued. Arabis has a very substantial mast ladder, which had to be winched up first, then several took it in turns to go up to fix various items - light bulbs etc. This was aided by a Tesco's carrier bag which contained all the necessary tools. Others went off to the different parts of the island, such as Blackgang Chine, Newport on the bus or a lovely long walk to Freshwater Bay, the weather was warm and fair and it seemed that summer had finally arrived. 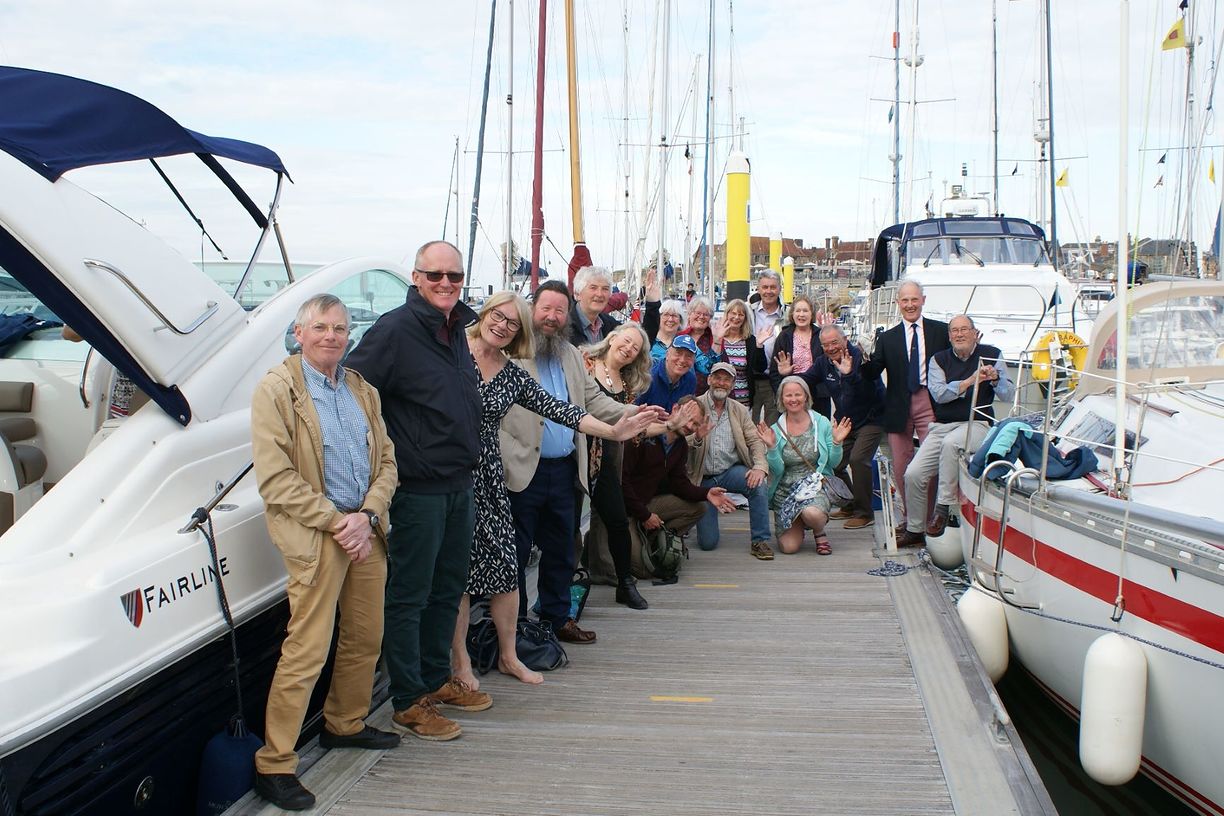 On Sunday after more exploring had been done by all we realised that all the boats on the inside of our three-boat rafts wanted to leave (much) earlier than those on the outside oh, what to do? So the Catherine Wheel was suggested. Never heard of that before? Neither had we! The idea is that all three boats stay rafted, and if there is enough room for them to spin 180 degrees, then the job can be done. After a little mathematical calculation (adding the beam measurements together and thinking about that corner to corner measurement), the first three boats turned together: Seraphim on the inside, Gadston Lass (middle) and Jenny Wren on the outside (have a look at the video on facebook!) This was so successful that Almada, Boni & Yours Truly (from Poole) decided to do the same.

Always sad to go home, but what a great time together; thankfully we were able to sail homeward bound and en-route a couple of boats stopped off in Warbarrow Bay, dropped their anchors and had some lunch - the end of a perfect weekend!