The long cruise of the season and as usual there were some who took part in the whole cruise and others who joined for parts, giving a changing dynamic throughout. 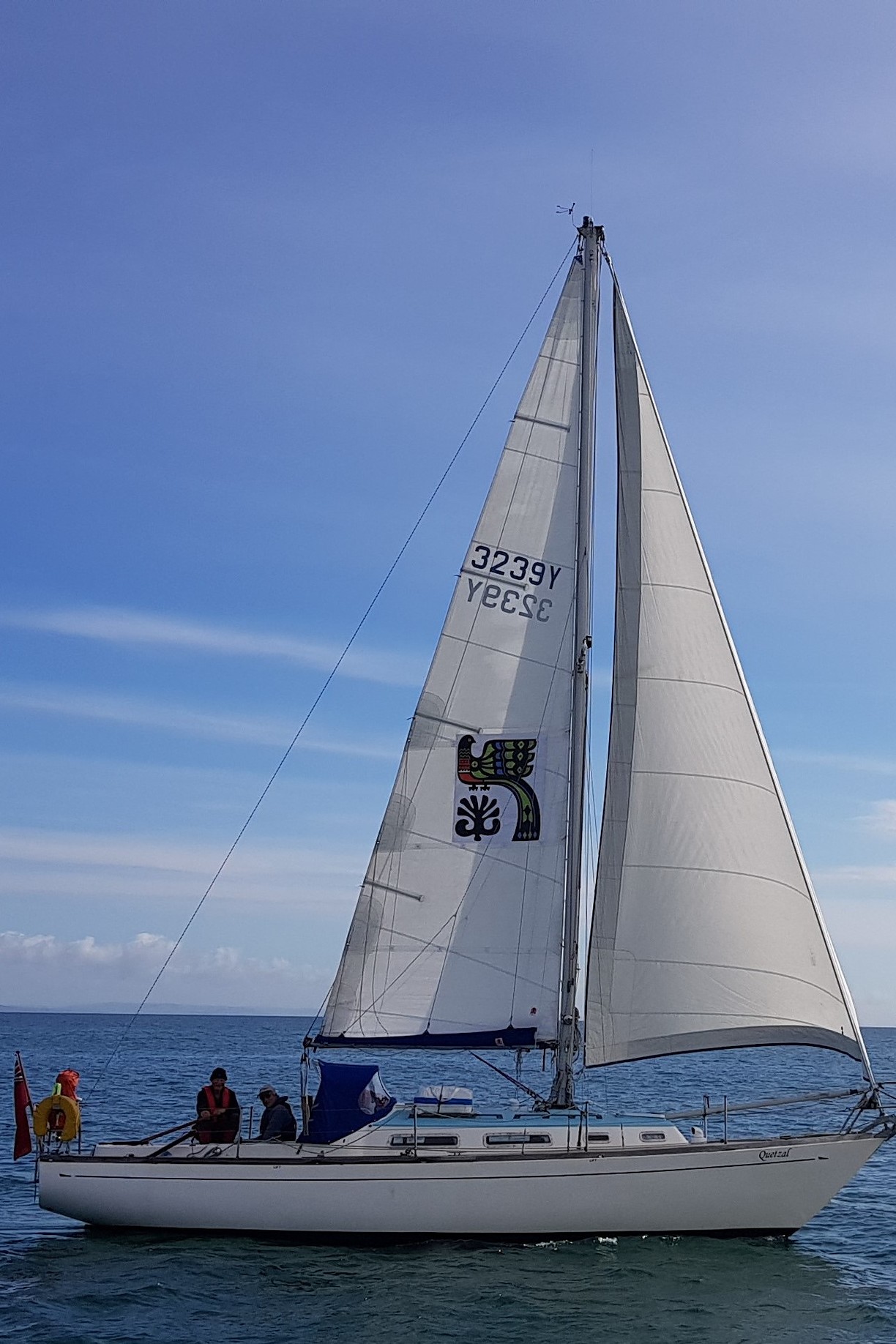 Three boats, Seraphim, Quetzal and Arabis left Castle Cove at first light, rounding the Bill alongside the historic harbour protection gunboat Medusa, which performed a vital role in identifying a safe passage through mines during the D-Day landings. The boats enjoyed a brisk sail in squally conditions towards Brixham, where they went for a lovely dinner in Brixham Sailing Club, becoming quite a favourite this season.

Then after some deliberation due to some windy weather coming, it was decided to head to Dartmouth rather than Salcombe, where Jenny Wren was also waiting for them. Despite the crowded pontoons and threatened/promised arrival of a Westerly Owners rally that was to shadow us throughout the trip, the always excellent DartNav crew found us all berths albeit scattered across the river. Hiding from the heavy rain for the first night, we then all met for a take out dinner on Seraphim the next night. 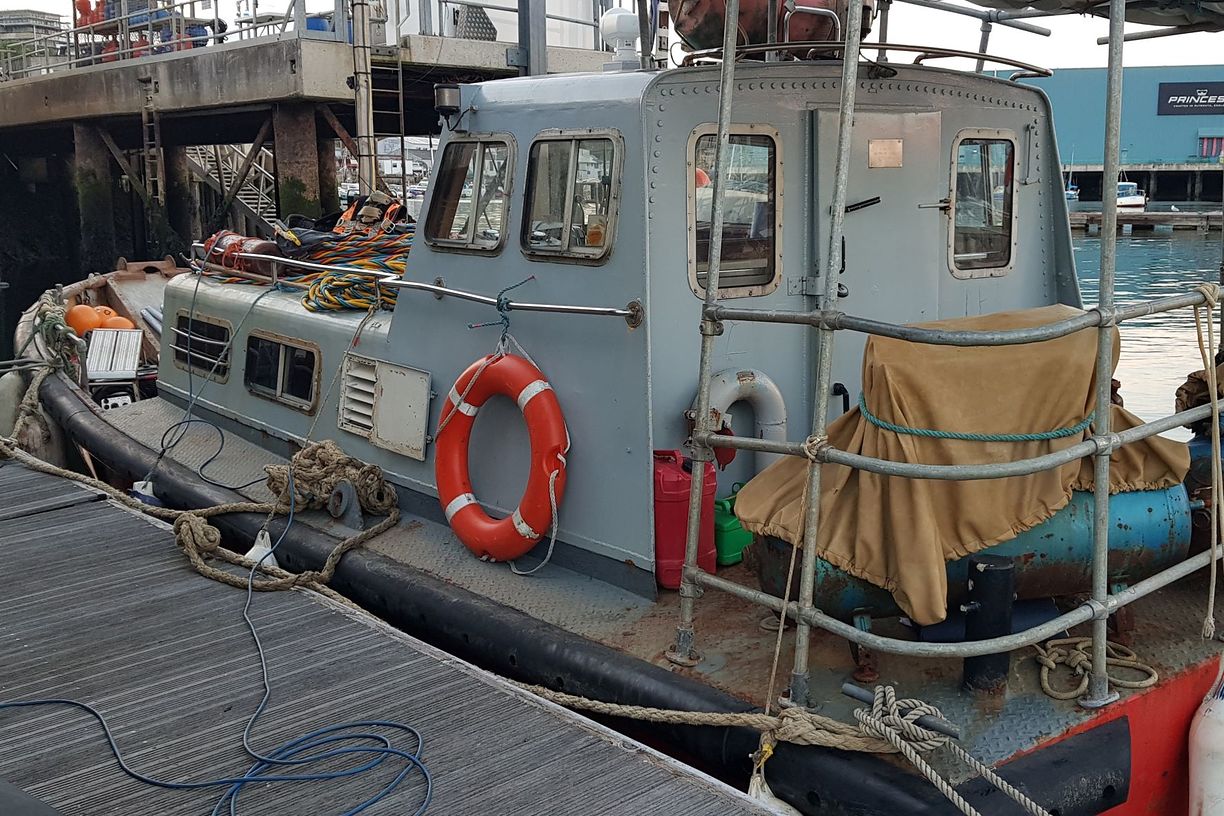 The four boats then headed off to Plymouth to stay a couple of nights at Mayflower Marina, rounding Start Point in blustery wind and torrential rain. Some heading into town, some taking the ferry over to Cremyll, then meeting up one evening for dinner over in the Royal William Yard with Jenny Wren showing off her new electric tender motor offering much-welcomed ferry rides back after dinner. Also moored at the marina was the sister ship of Grafter, the undisputed pride of the Castle Cove fleet. The workboat is used locally to service hundreds of moorings around Plymouth harbour, and sparked heated debate around the relative merits of dyneema vs wire rope, battleship grey vs mustard brown, and slipped disc vs hernia as the foredeck injury of choice. 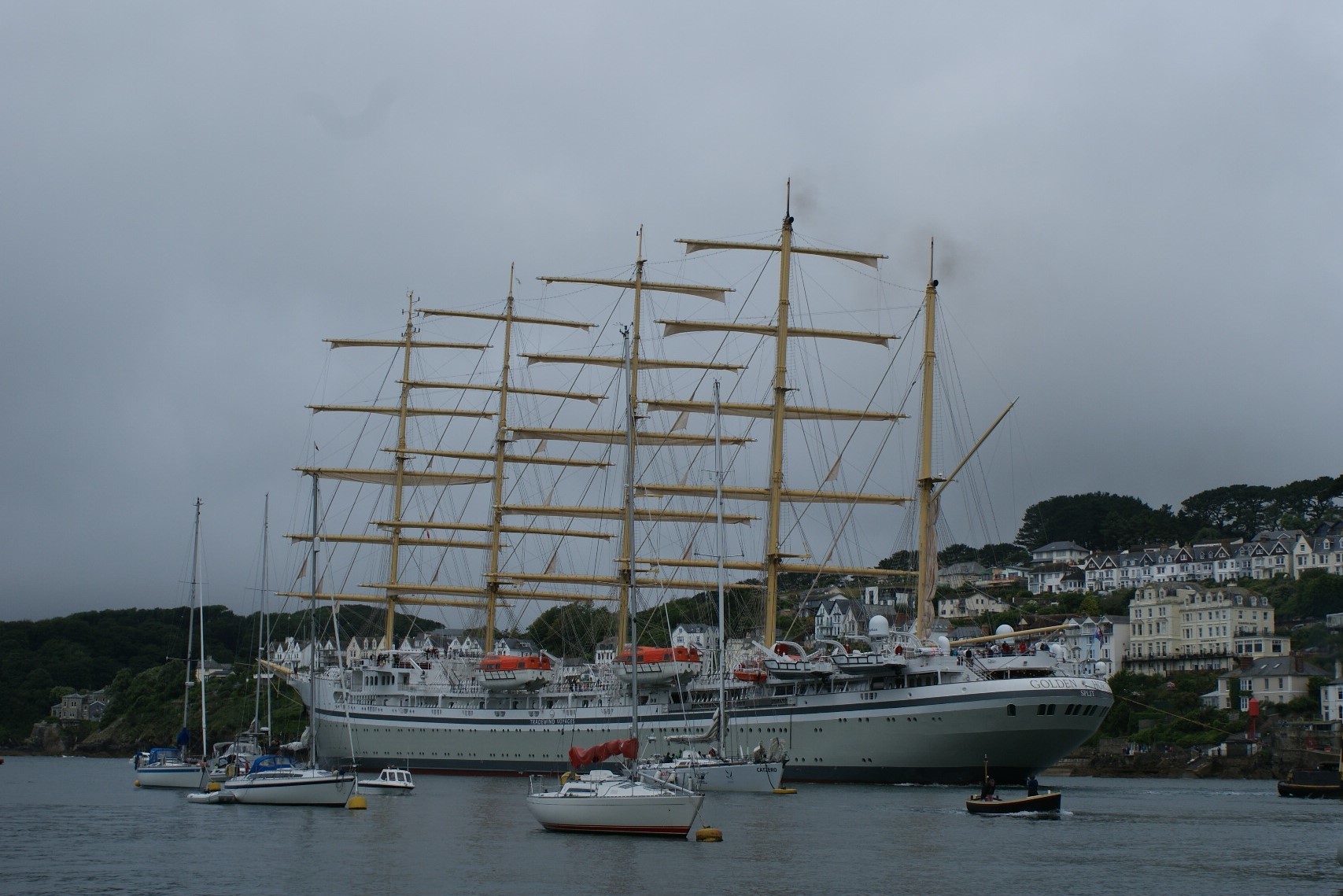 Then it was over to Fowey, where, moored three to a buoy, we were entertained by the magnificent five-masted schooner "Golden Horizon" aka "look at the size of that" cruise ship coming in to moor up, dragging anchors (drudging), as it crept slowly up the river, the crowds hardly believing it would fit, and amazed when it did. The south-westerly wind kicked up a chop in the harbour that made for a noisy and bouncy first night but most slept well after the day's exertions. Here we had a lovely Safari Supper, which included freshly caught and smoked mackerel pate for starter, a lovely chilli con carne for main and delicious baked bananas for dessert.

We then headed over in fresh winds to Falmouth, one boat arriving in heavy fog with the crew explaining that they couldn't look at the chart plotter because the lenses had fallen out of their glasses! There we met up with Quetzal again, who had left us at Plymouth to go off ahead of us. 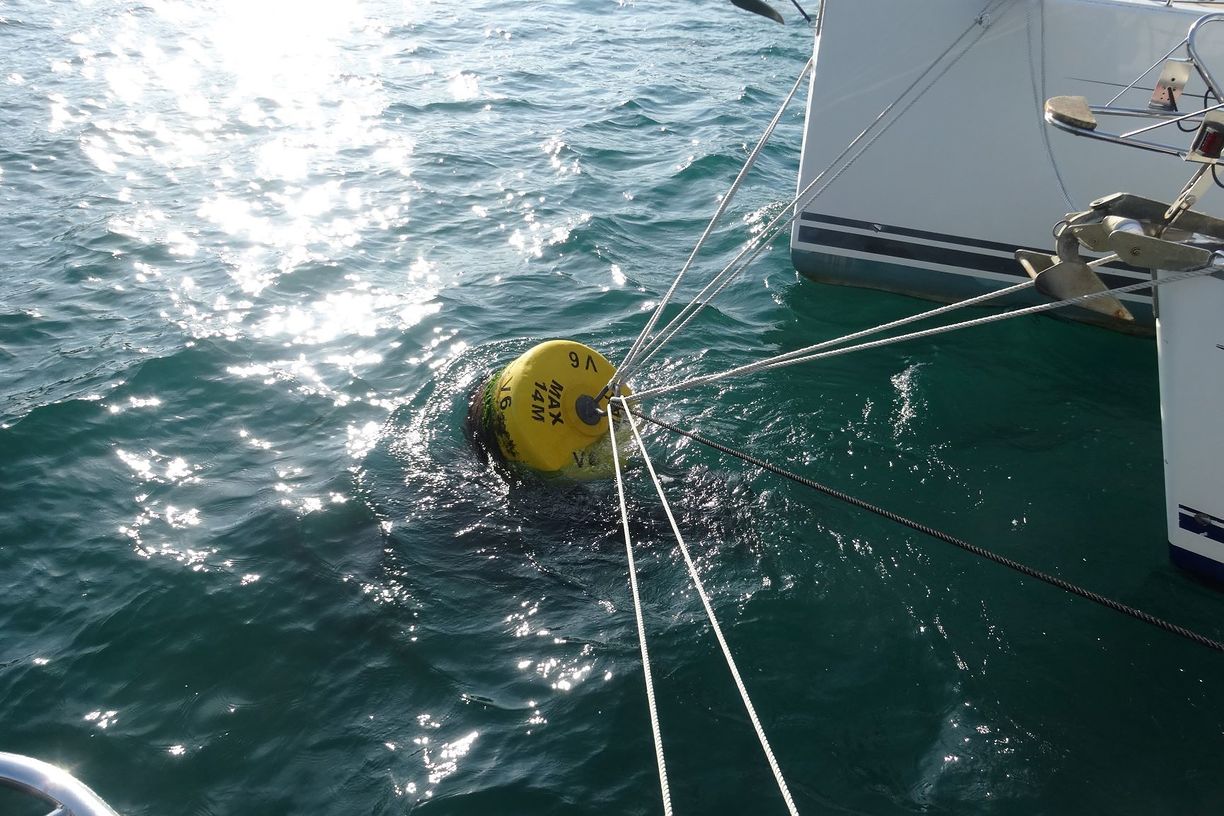 Leaving Jenny Wren behind to head off further West and without Quetzal as headed off homeward a day earlier, Seraphim & Arabis headed East towards Salcombe in fine weather, breaking the journey with another night at Mayflower Marina in Plymouth. Salcombe was already starting to get a little crowded, even in the mornings, requiring the boats to moor four to a buoy in a powerful tidal stream. Sadly they missed out on the "best ice cream" shop Monica had highly recommended but instead made do with very decent Cornish pasties served warm in Devon. Despite the cosy mooring arrangement, a quiet night was had by all, with all the boats in the estuary turning as one with the tide at precisely the time predicted by Reeds.

After just one night the two boats sailed on to Brixham in glorious sunshine where they met Gadston Lass on her way West. Like all the ports visited, Brixham was crowded and there was no room at the inn, pub or restaurant, so we all enjoyed a safari fish'n'chip supper followed by cheese and biscuits.

Arabis and Seraphim then motorsailed back to Portland Harbour the next mooring in flat calm conditions, accompanied by dolphins for a short spell, the climax of an excellent fortnight's cruising.