"Should I stay, or should I go" the big decision for those on the club rally to Brixham? Strong winds predicted from the north but how strong? 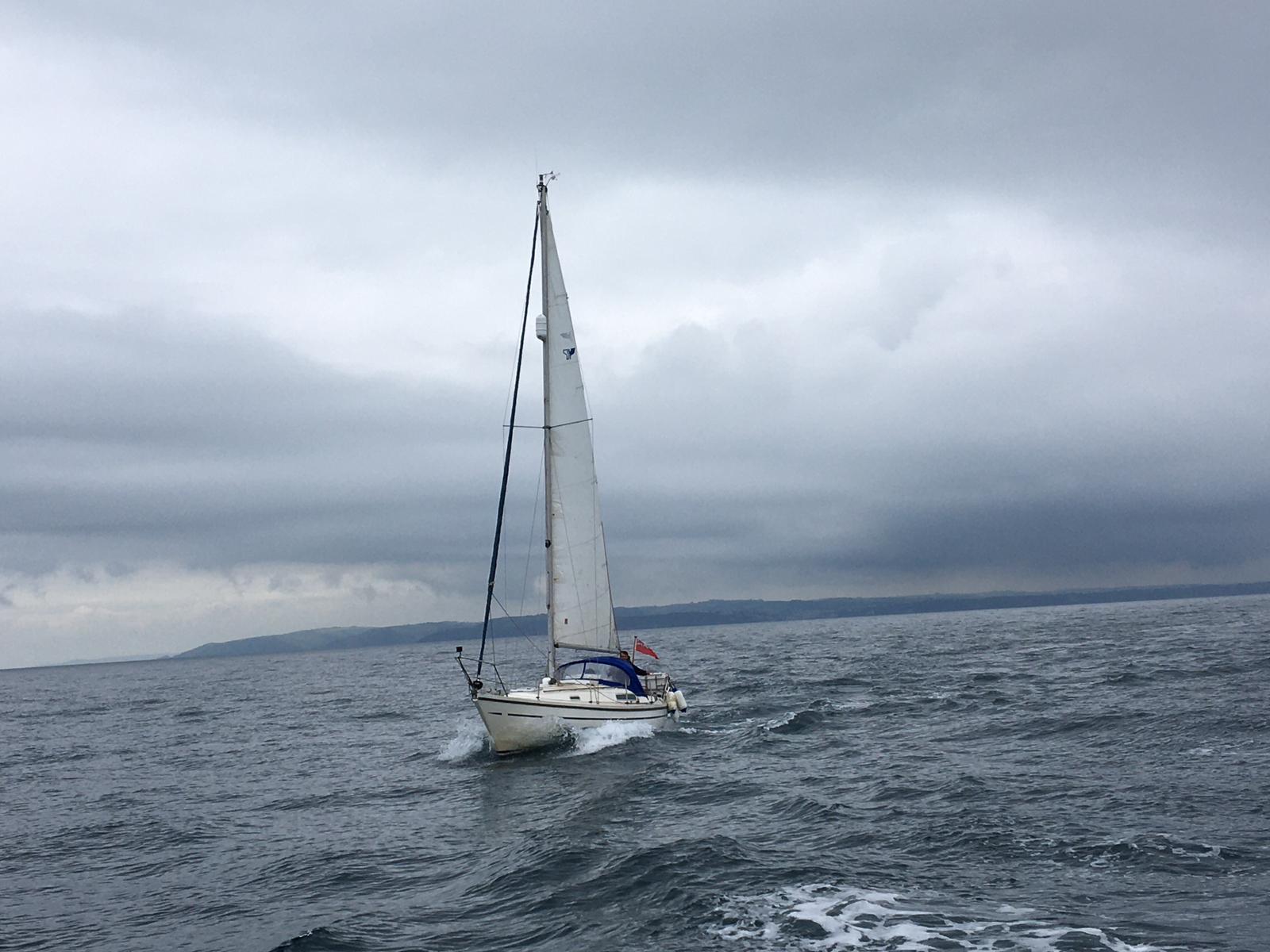 Numerous weather apps were consulted with one giving 45 knots and the 5 boats signed up soon became two: Boni and Shogun by the time of the pre-trip briefing. In the end, the inshore waters seemed to have the most support with Northly F4/5 occasional 6 and so it turned out on the day. With an early 05.15 start from the moorings, we departed the north entrance and soon after we were delighted to have two large dolphins play with our bow wave. Boni keeping station with Shogun, we scooted down to The Bill at 8\9 knots with a fairly flat sea, protected by the peninsula with a single reef to the main and genoa well rolled. It was reassuring to see three other unknown yachts headed west to The Bill at the same time; it then started to rain heavily. 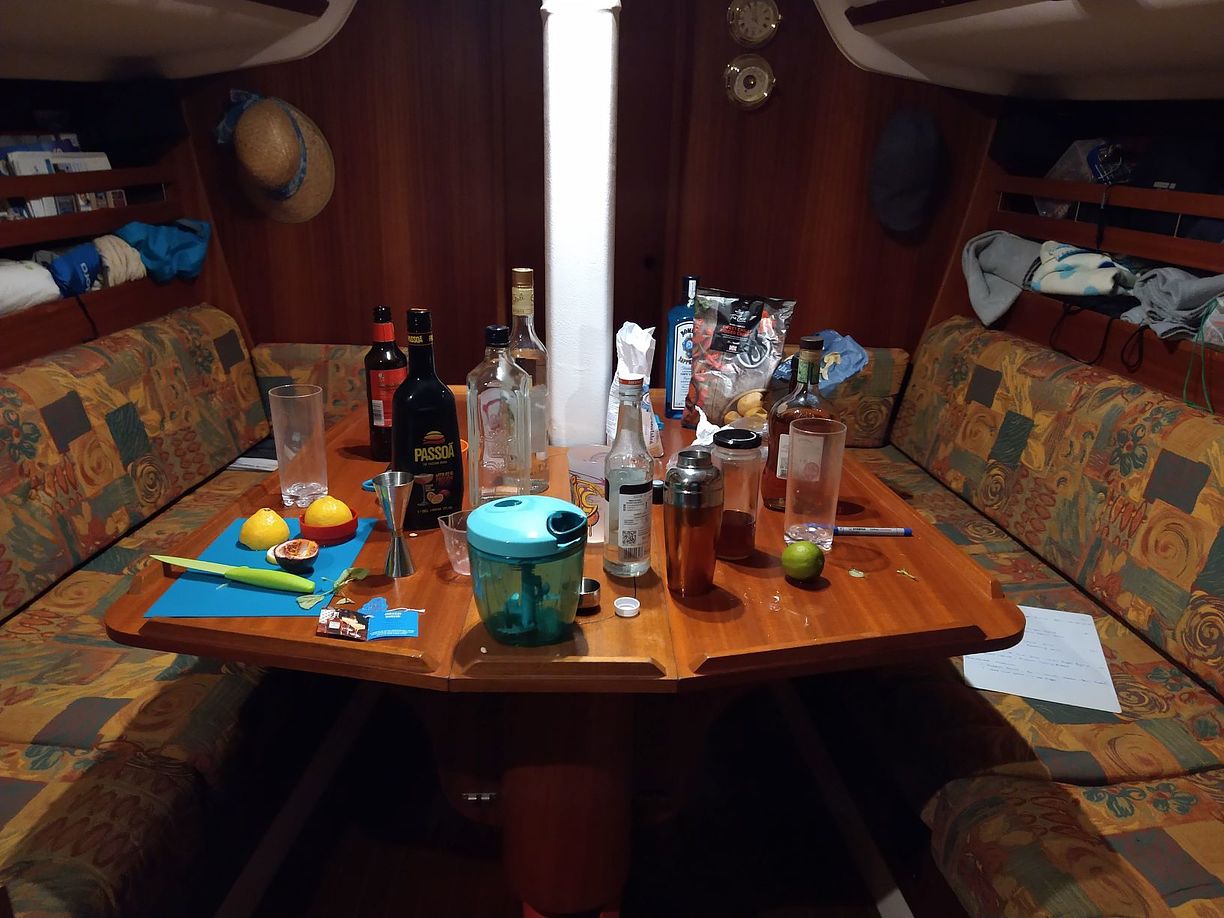 Rounding The Bill we met gusts of around 25 knots (or maybe a bit more) of northerly wind and a lumpy but not overly difficult sea; both boats opted for a 2nd reef about the same time, which settled things nicely and we sped towards our destination on a beam reach, with the help of the tide making up to 9 knots. The rain gradually eased, we started to dry off and marvelled at the exhilarating sailing, the wind was what I call a force 5 with menace, so the reefs stayed in and the speed only dropping a little as we started to lose the tidal push. However, we maintained pretty much hull speed the whole way across the 40 miles of Lyme Bay; this was by far the best sail for the last 18 months of Covid restricted sailing!

Tying up just after midday we were joined by Jenny Wren, fresh from a cruise from the Exe estuary; making the rally 3 boats and 6 people. A proposal to share Shogun's supplies of curry quickly turned into mini-safari supper with exquisite proper cocktails aboard Jenny Wren. An amazing 6 different drinks to choose from including fresh herbs from the boat's onboard garden aka washing-up bowl, followed by the curry on Shogun and ending with ample supply of Tiramisu & cheese on Boni; Bob nearly missing this as he retired to Brixham sailing club to watch England struggle and fail to beat the resilient Scots (football!), but that trip not entirely wasted as he managed to persuade them to have us 6 for Saturday night dinner as everywhere else was booked up. The world was then continued to be put right, late into to the night aboard Boni. 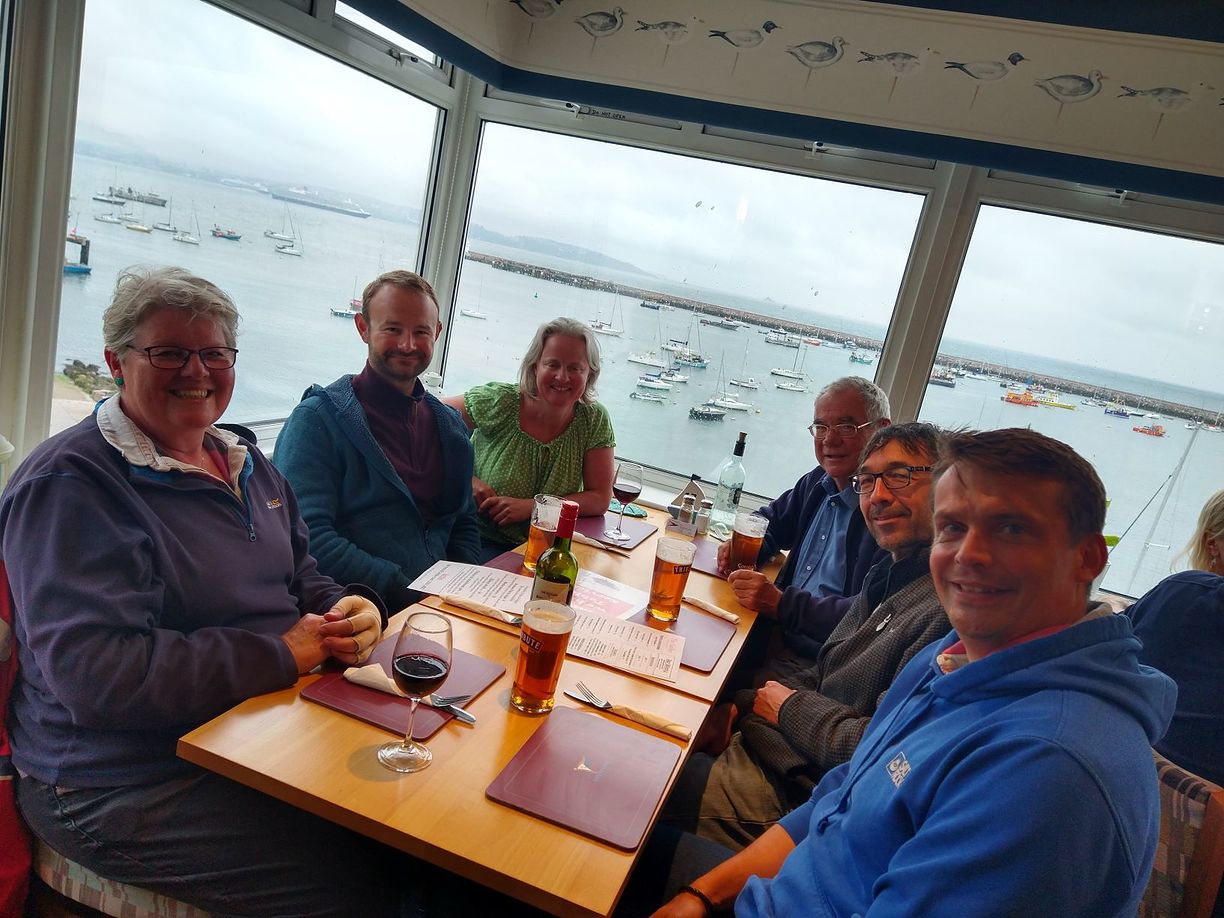 A late start the following morning we tidied the boats and explored the fascinating fishing town of Brixham, including a walk to Berry Head, which gave us some spectacular views, not least of the Power Boat racing whose camper vans took over the quayside. We enjoyed the spectacle for a few minutes (what a noisy bunch!)

We enjoyed the well-organised Brixham YC in the evening; the meal was well received with wholesome and inexpensive menu and great harbour views. We resolved to return to BYC and use their pontoons with 10 metre dinghy rides to the steps and access to club showers toilets at nearly half of what MDL were charging. 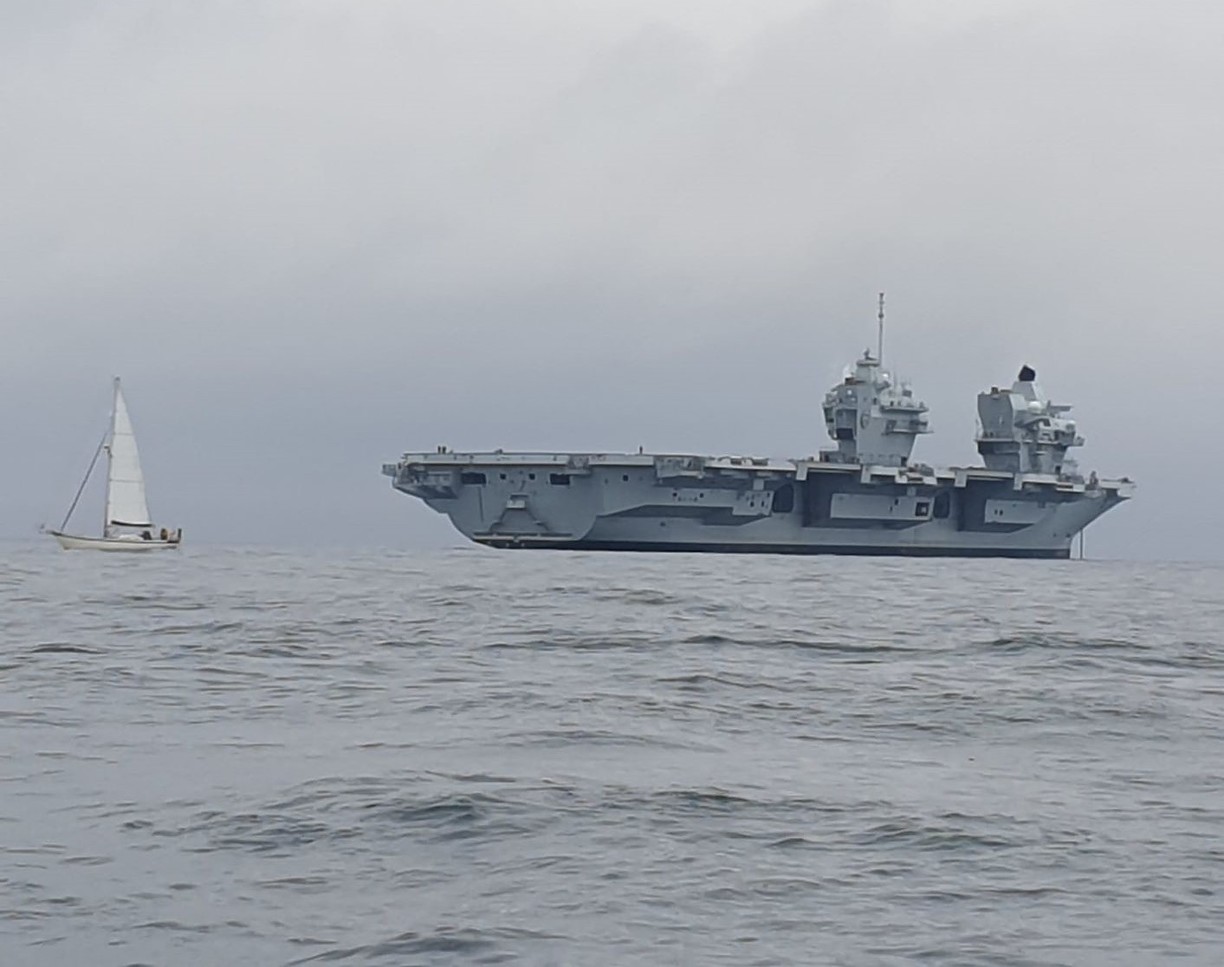 Choosing to return on Sunday, on account of the stronger winds and wet conditions forecast for Monday, we left at 08:00 finding zero wind, which continued with only 6 knots of apparent wind the whole way across. Boni and Shogun stayed on station taking photos of each other and videos of a huge pod of dolphins that came to play. A few miles off we diverted a little to have a closer look at the aircraft carrier at anchor presumably just up from showing off at the G7 conference in Cornwall. Boni tried to call up her up, but received no reply perhaps it didn't help when he said Ark Royal this is yacht Boni apparently it was the HMS Prince of Wales!

As we neared The Bill, the tide turned, our speed started to build and in no time, we had rounded in calm sunny conditions, but still with a wary look at the power of the current, even at the recommended time. Soon we tied up on the moorings and in the warm sunshine started to lay plans for a trip to Alderney in August.